PureHD’s primary focus is to revolutionize the North American hotel guest room high-definition television and streaming experience with a team of experienced hotel professionals through the delivery of robust, flexible, manageable, and cost effective 100% High-Definition solutions to the hospitality and commercial marketplace.

PureHD has assembled a team of experienced hospitality and technology professionals with a diverse set of backgrounds that complement each other to enable a holistic view of the marketplace and the technology platform PureHD delivers. 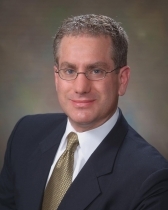 Tom is the founder and President of PureHD Inc., a corporation that provides 100% HDTV solutions to the hospitality, university and health care industry. Leveraging state-of-the-art tools, PureHD provides a differentiated service with active 24/7 remote monitoring of all HDTV channels, a hotel branded welcome page, an electronic program guide and custom hotel channels that can be managed via web services. PureHD provides services in the United States and Canada through DISH Networks and cable partnerships. Tom is responsible for day to day strategic, operational and financial items at PureHD.

Tom formerly was the Vice-President of North American Sales at Guest-Tek. He managed a team of staff of 19 sales executives, engineers and support staff and participates in the video technology development strategy, Hollywood studio relationships, as well as, Internet product strategy. Under Tom’s direction, Guest-Tek exceeded sales targets consistently and took a global technology and mind-share lead in the converged solutions of video, voice, and data for the hospitality market.

Tom joined Guest-Tek in January 2005 after three years with General Dynamics Interactive (GDI) as its Director of Strategic Alliances. At GDI, Tom was the top sales and business development executive. He facilitated the development of the first high-definition IP-VOD solution in the hotel marketplace which was deployed in November 2003 at the Mandarin Oriental New York City and subsequently in the Wynn Las Vegas Resort. Prior to GDI, Tom was the Vice-President of Sales and Corporate Development at NXTV where he led the sales team and established long-term deals with the Four Seasons and St. Regis hotel brands.

Tom holds an M.B.A. in Strategy & Marketing from the Anderson School at U.C.L.A. and a Bachelor of Arts in Political Science with honors from Tufts University.

Mr. MacDougall joined PureHD as Chief Financial Officer in 2016, bringing over 25 years of financial management and company development experience. Prior to joining PureHD, Mr. MacDougall has provided Chief Financial Officer services to a variety of clients on a part-time basis for over 8 years. Mr. MacDougall was also formerly a Financial Advisory Specialist Partner with Grant Thornton LLP, a Vice-President in the Dispute Analysis and Valuations Group with Price Waterhouse Coopers, and gained five years of international experience while a corporate controller in Bermuda. Mr. MacDougall is a member of the Chartered Professional Accountants of Nova Scotia and the Canadian Institute of Chartered Business Valuators.

Wes Dedrick is the Vice President of Sales for PureHD .  He has over 20 years of C-Level sales experience with 10+ years in the hospitality marketplace. In his role, he is responsible for overseeing all aspects of sales, sales strategy, and sales training for the organization.  Wes Dedrick is a master at adding a flair of creative thinking to complex business challenges. He is an industry leading executive level sales person that creates opportunity where others fail.

Prior to PureHD, he served as the Vice President of Sales for Moviebeam, an interactive and on-demand television provider for hotels.  Wes led the Moviebeam sales team and enabled Moviebeam to triple its deployed base in just 18 months and become adopted by Spectrum Cable as its commercial interactive platform.  Before Moviebeam, Wes has also held a variety of sales roles in the hospitality vertical, including over 10 years with Time Warner Cable/Spectrum.  At Time Warner Cable, Wes was a top Hospitality Sales executive.  He was responsible for managing the relationships for Marriott, Choice Hotels and Wyndham Corp at a brand level.  He also led their Management Group national relationships which included Pillar Hotels, Tharaldson Hospitality, Island Hospitality, Spire Hospitality, Interstate Hotels and Real Hospitality.  Every year at Spectrum, Wes was a leading sales executive and received several “top sales performer” awards.

In addition to his responsibilities for day to day strategic sales activities at PureHD, Wes has extensive experience in sports and sports management while playing at a collegiate level as well as some Independent Baseball Circuit, he also coaches at a youth level. Wes holds a Liberal Arts degree from Hudson Valley Community College and a Bachelors of Sports Management at Newberry College in South Carolina.

While spending time in the Independent baseball circuit, Wes enjoys giving back to his local Community through the coaching of multiple sports at different levels. Whether it's coaching the local kids or his sales team, he loves being involved in the growth of getting better as a person, teammate or manager. “Be Humble, be Hungry and always be the Hardest worker in the room.”